More in detail HIMTSW - T & T Systems applies most of the methods and hardware test techniques recommended in the standards relating to the functional safety of programmable electronic systems (such as the IEC 61508-2 and IEC 61508-7), including , by way of example, we report the following: 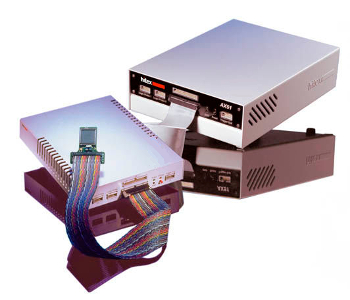 HINTSW - T & T Systems has sufficient knowledge in the use of laboratory equipment necessary to perform most of the hardware testing including: oscilloscopes, logic analyzers, waveform generators, counter, incircuit emulator, and so on. For possible performance of climatic tests, EMC or mechanical HINTSW collaborates with by specialized and accredited laboratories.

In addition to the methodologies and test techniques, the standards require that the hardware testing process produces as output a well determined documentation.
HINTSW - T & T Systems, together with the design and validation phases, draw up the specification and reporting documentation in accordance with the requirements of the standards; usually this hardware documentation consists of the following documents (the names and contents can vary depending on the application environment and applicable standards):

HINTSW - T & T Systems is also able to design the integration testing protocols HW/SW; also in this case, the methods and techniques required by the standards are applied.