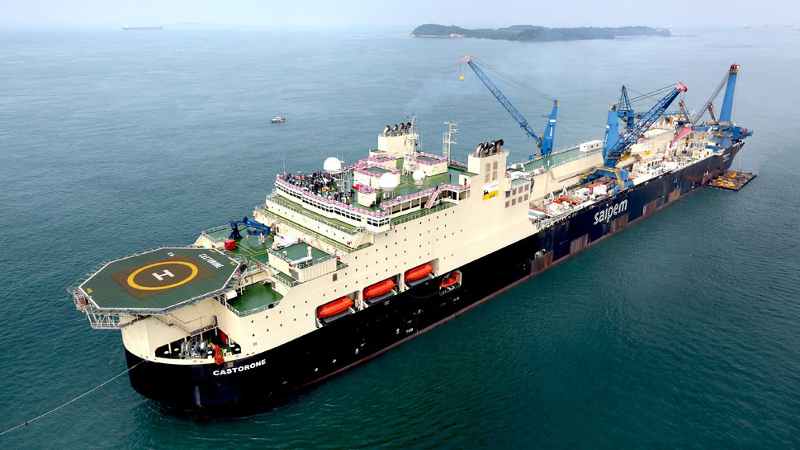 Saipem S.p.A., during the second half of 2012,  finished the construction of Castorone, the new pipe line vessel of the Saipem fleet, which was put in operation at the end of 2013; it is the means for the laying of the largest  and most technologically advanced  in the world marine pipelines. The new vessel has been designed and constructed to allow the laying in dynamic positioning, ie without anchors,  of pipelines, also of significant diameters, in high and ultra-deep water.

The vessel, with a length of more than 320 meters and a width of 39 meters, it is able to weld on the launching ramp, located on the main deck, pipe joints 36 meters long, which are prefabricated, inside the hull,  assembling  three individual bars of  the standard length of 12 meters, or combining two bars, each 18 meters long.

The vessel is capable of laying in configuration S (S-lay), maintaining levels of compatible stress with the current legislation, even in deep water, thanks to three tensioners and three ramp elements longer than 120 meters (stinger) that allow to dynamically change the radius of curvature of the pipeline during laying. On the S launch line the ship has seven stations to carry out the welding, non-destructive testing and the recovery of the outer coating of the pipe. 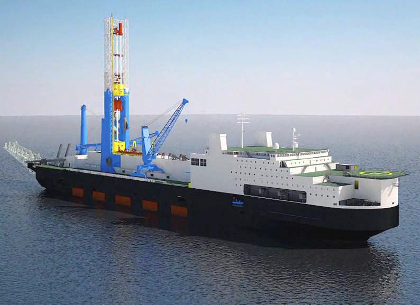 During the year 2013 was carried out a feasibility study to evaluate the possibility of installing a tower on board the ship - J-lay tower - for the installation configuration J (J-lay) in ultra-deep water (up to 3,000 m), comprising two workstations and two systems of clamps, a clutch and a safe, with a towing capacity up to 2,500 tons. In laying configuration in J (J-lay) the clamps, which replace the tensioners used in pose S,  have the task of supporting the pipeline inside the tower during operations such as welding, painting and launching; operations that are all made with the pipe in a vertical position.

The tower that will be installed on Castorone has a H structure , it is made with three sections (the lower section, the miiddle, the upper) for a total of 125 meters in height ,from the height of the keel, and it is able to support  in J configuration, in order to decrease the overall height of the ship, the tower may be folded back at an height of 67 m (corresponding to the junction between the lower section and middle one), or at the height of 81,5 m (corresponding to the junction between the middle section and higher). Inside the lower section will be placed an elevator with maximum load of 9 tonnes, the tower will be also equipped with two stations: one, for welding, positioned at an height of 76 meters corresponding to the base of the upper section, and the other, for the restoration of the outer coating of the tubes, positioned on the upper deck at an height of 36 meters starting from the keel line; both stations will be movable so as to allow the movement of the tubes along the vertical axis of the tower. 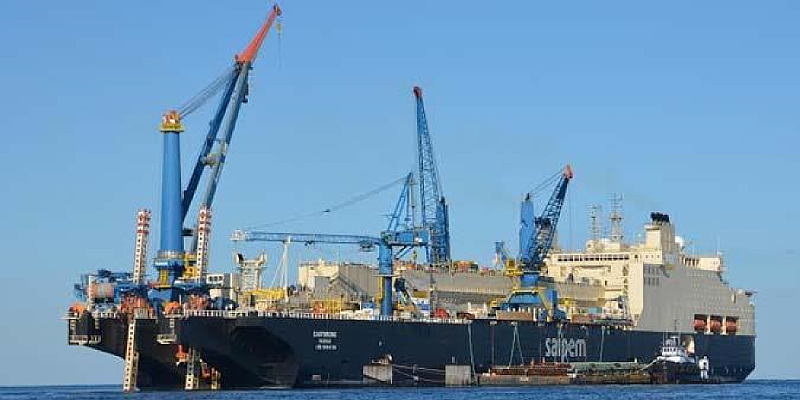 The tower will be equipped with a control system such as to allow the laying of the pipeline in mode, as much as possible, automatic.
The J-laying system is a very complex system, with many machines placed on the whole extension of the tower, therefore, the machine control system is also distributed over the entire tower and has the task to monitor and automatize  the operations of each machine and to manage the entire laying cycle of the pipeline. The control system is also designed so as to increase the fault tolerance, and to increase the reliability, maintainability and modifiability of the system; the control system, finally, must be able to ensure the operation in continuous mode (high-demand mode of operation) and the high availability of the entire laying system.
Accordingly to the machine architecture, the control system is divided into subsystems which have the task of ensuring that each machine operates safely, it is also planned a particular subsystem, the main control system, which has the task of ensuring the overall consistency and synchronization of all the machines during the operations carried out in parallel.
For this reason, all the operations are interlocked and the control systems must be able to force all the machinery in a safe state in the event that is detected a dangerous working condition, or if there is a critical error. 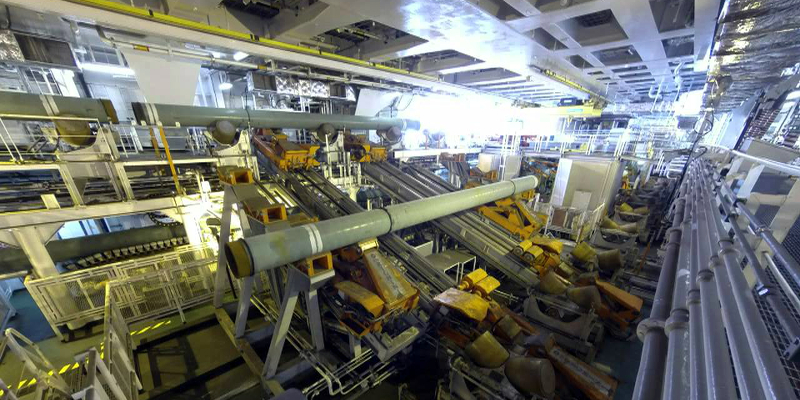 The control system is also required to reduce the risks identified for the staff, for the materials and for the environmental goods, that is, the control system must intervene in case of failure of other standard risk reduction measures, such as, for example, procedures, or hydraulic / mechanical solutions. 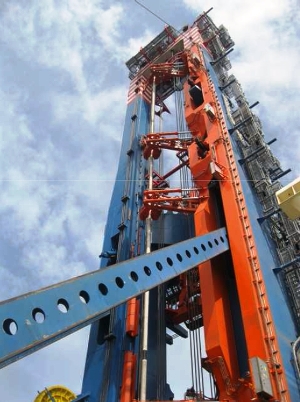 The control system is therefore a "safety related control system" and the functions involved as a risk-reduction measures are to all intents and purposes "control functions related to safety"; therefore, the purpose of the control system, is not only to provide the automation of the machinery, but also to reduce the risk to an   accettabile operating level.

Since, as already mentioned, the J-lay, due to the vertical suspension of the pipeline, presents significant safety problems for the personnel involved in the processing operations performed in the stations on board tower and in the vicinity of the tower, Saipem has performed the analysis safety (hazard analysis) of the control system and control of the entire tower and, consequently, has defined the safety functions such as risk reduction measures.

Saipem has also asked Siemens (supplier of the control system) to assess the possibility of creating programmable electronic system, which will implement the tower's security functions, in accordance with the requirements of the international standard IEC 62061 for safety integrity level SIL 2 . Following this request, Siemens has performed the preliminary draft of all control loops that implement the safety functions, and has requested to HINTSW - T & T Systems to carry out the calculation of the probability of failure of each control loop, in order to assess their ability to comply with the constraints (architectural and relevant for failure probability) imposed by the SIL 2 level of the standard.

HINTSW - T & T Systems, taking into account the assumed hardware architectures,  determined the SIL level achieved by each security function implemented by the control system, highlighting critical points, with the aim of the feasibility of the installation of the tower. On the basis of the results obtained, together with Siemens, possible alternative HW architectures were  identified, and  some changes to the security functions were  proposed  in order to minimize, as much as possible, the probability of failure. 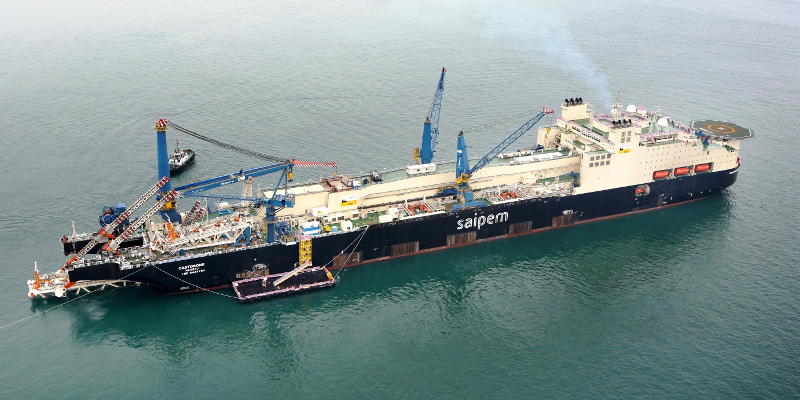