Disasters have no boundaries. Emergency situations – such as earthquakes, toxic industrial accidents, or forest fires – often affect several regions, or even countries. National and regional authorities need to cooperate when using today's technologies and devices to alert people – in the languages they understand best – and tell them what to do. People with special needs – including those with disabilities and the elderly – must also be taken into account.

The EU-funded project "Alert4All" considers all these aspects – and more – by designing the foundations of an end-to-end alert system capable of providing effective warning to the population by all means of communication and information media available.

"In the event of natural or man-made catastrophes, alerting the population quickly and keeping them informed during the course of the situation can reduce injuries, save lives and help to protect property. However, this potential can only be realised when alert information reaches the people at risk and they can understand and trust the message," says Cristina Párraga of the German Aerospace Centre (DLR), which coordinated the project.

Currently, the project partners are contributing to the definition of new standards that help manufacturers to develop commercial products to be used by civil protection authorities.

How the system works

During an emergency, civil protection authorities would be able to select the keywords from a pre-defined list that best describe the situation. The system then uses these words to automatically compose an alert message in a smart coded format. The message would contain information about the time and place of the potential disaster, the current risks and the recommended protective actions.

The alert message is sent by the system to the population of the region potentially in danger using all the channels currently available, including satellite and terrestrial TV, mobile networks and navigation devices. As a result, people receive messages easy-to-understand on their devices, in text or audio format and in their own language.

For example, if an industrial accident leads to the release of a toxic gas cloud, the at-risk population can receive the coded alert message on devices such as smartphones, car satellite navigation devices, portable computers and digital television sets.

These devices, equipped with a special software developed within the project, are able to decipher the code received and to translate it into a message in the desired language and format. The software can be integrated into devices directly from manufacturers, or may be added later.

Working in cooperation with industry association Euralarm, the Alert4All system can be extended and, potentially, it could be included as part of a building's security or fire alarm system. Thus, for example, people may see the message flashed on a security monitor in their office. Or in residential buildings an alarm could advise people to check for alert message on their nearest communications device; alerts could also be communicated through loudspeaker announcement systems in public buildings, universities, shopping malls, etc.

The ability to use both terrestrial and satellite-based communications means the system would continue to work even when parts of the infrastructure may be damaged. 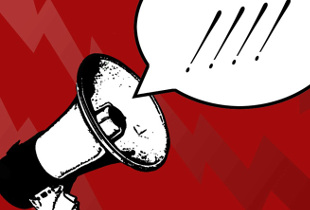 The Alert4All team has also created a software in order to screen social media channels with the aim of assessing in real time the impact of alerts during an emergency situation, by searching for keywords related to a crisis on media such as Twitter, Facebook, Flickr and YouTube. Information about how people are perceiving and responding to a crisis allow civil authorities to make informed decisions while the emergency is still in progress. This analysis can also be used to improve future public alert communications.

Within the scope of the project, a simulation tool was developed to help predict the impact of alert messages as well as training materials for people working in the field of civil protection, including tutorials and e-learning courses. The Alert4All system can also be used in training mode, with the message transmission function disabled.

To enable a live demonstration, in Germany, prototype software systems have been developed for automatic dissemination of alerting messages on terrestrial and satellite digital television; alerts were also sent to prototype satellite-connected smartphones and tablets as well as to satellite-activated sirens.

Finally, some simulations were carried out at the German Aerospace Center's premises in Oberpfaffenhofen, near Munich, and they demonstrated that the system is technically feasible and could be used in any country, regardless of the language and/or by the technology used. 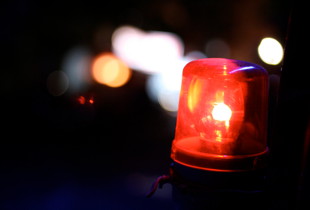 Currently it is expected awareness to raise across Europe about the importance of deploying a harmonised public alert solution for all European countries based on the Alert4All concept.

In fact, Europe presents a challenging socio-demographic landscape in terms of communication, because each EU country usually follows independent alert strategies which are very different from one another. Moreover, within the EU there are different approaches and technologies, and there are very dissimilar governance structures that require effective cooperation frameworks to communicate to citizens across multiple countries.

Investing in disaster preparedness and response will pay off in the long term. In fact, it will allow a reduction of economic impact, but more importantly, it will reduce human suffering and save lives. Indeed, the number of natural and man-made disasters is increasing worldwide and meteorological disasters in particular are now affecting regions not previously known as disaster-prone. Therefore, now the question is not whether people could benefit from Alert4All, but how often!